On 11th September, 2016, a blue plaque was unveiled on the Samuel Lewis Trust estate on Warner Road. 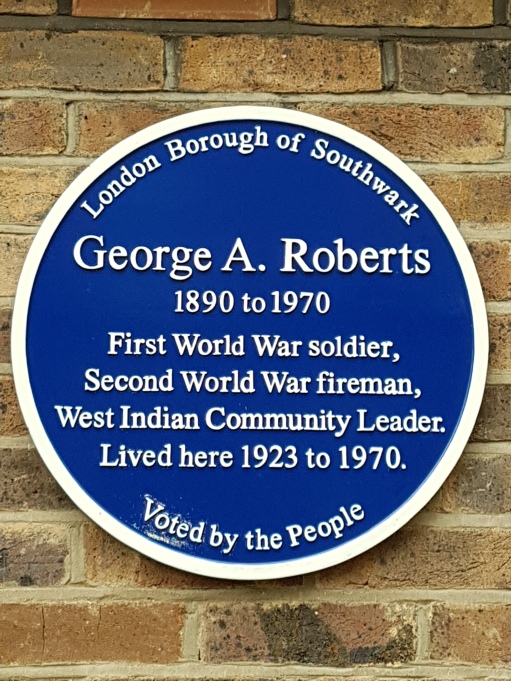 It was put up to celebrate the life of  George Roberts. He was born in Trinidad on August 1st, 1890.

At the beginning of WW1 having trained as an electrician, he enlisted in the Trinidad Army and made his way to England and signed up as a Rifleman with the Middlesex Regiment. He saw action at the battles of Loos, the Somme and then the Dardenelles. He was wounded both at Loos and at the Battle of the Somme. He had a talent for throwing enemy bombs back into enemy lines. He was given leave during the war to return to Trinidad to recruit more men, and was able to sign up more than 250 recruits.

After the war, he settled in Peckham and worked at his trade of electrician. In 1931, he was one of the founder members of The League of Coloured Peoples, an organisation founded by Dr Harold Moody. 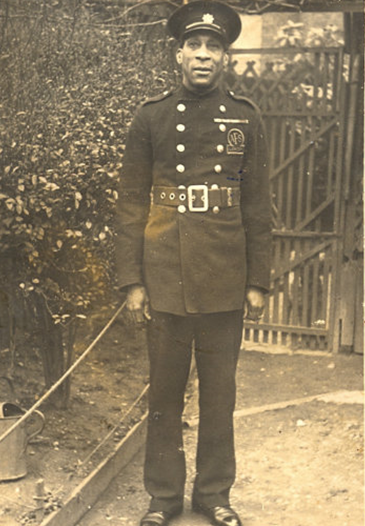 When World War 11 broke out he enlisted in the Home Front, working as a firefighter in Southwark after completing his training in 1939. Working out of New Cross Fire Station he was promoted Section Leader in 1943 and was awarded the British Empire Medal in the Kings 1944 Birthday honours.

He was a vigorous campaigner for ex servicemans rights and founded the local branch of the British Legion. He lived in the Samuel Trust Estate for 50 years until his death in Kings College Hospital in January 1970.

Around this time, he had his portrait painted by Norman Heppel. According to  Southwark News the whereabouts of the painting is unknown. 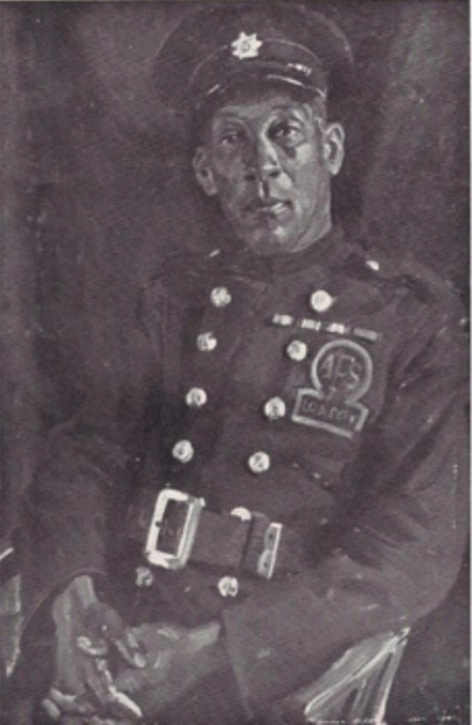 A lot of the information used in the Southwark News article was based on research by Stephen Bourne  http://www.stephenbourne.co.uk/