The Milkwood Tavern was a public house that stood on the corner of Heron Road and Milkwood Road until 1966. A 99 year lease was purchased for 63 Milkwood Road on 24 June 1867 by three men : William Gilbee Habershon, Alfred Pile and James Hewitt. It was built in 1875 by Habershon & Pike and opened in 1876 and the 1st landlord was James Havil.

You can clearly see the Carter name on Pub Fascia in the following postcard view.

This postcard view was printed on or before 1907. Published by AW Smith, I 919

Interesting to see all the houses running down the western side of Milkwood Road where now there are only light Industrial Estates. Milkwood Road and more generally Milkwood Estate was heavily bombed during WW2, the main target being the railway line.

This is the view from today. 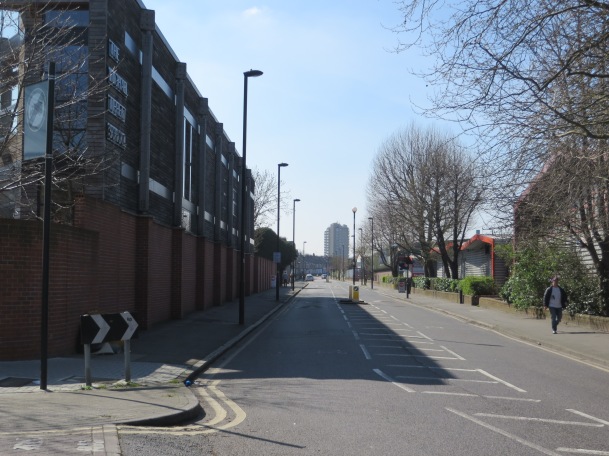 Here is another postcard view from on or before 1911. No Publisher credit on card.

If you are interested in reading more about the Milkwood Estate development, there is a fantastic book published by the Herne Hill Society in 2009 titled Milkwood Estate The Story of a Lambeth Community.  It’s difficult to get hold of a physical copy however it can be read online via this link – http://issuu.com/hernehillsociety/docs/milkwood_estate

Like Loading...
This entry was posted in Pubs and tagged Loughborough Junction, Milkwood Road, Milkwood Tavern, Pub. Bookmark the permalink.