A Mystery – the decorative scrolling on a Coldharbour Lane terrace

Has anyone ever noticed the interesting decorative scrolling to be found on the terrace between 262-278 Coldharbour Lane.

Perhaps the developer/builder was connected with the film industry in some way. There was for a few years a fledgling film industry in Loughborough Junction, when Gaumont opened a UK branch run by Col Alfred Bromhead who produced some shorts around 1899 in what was the Cricket Field used by the Loughborough Cricket Club.  They were apparently “fake” Boer War & China films. The studio was then moved in 1904 to Champion Hill where a number of shorts were produced.

Here is a close-up. 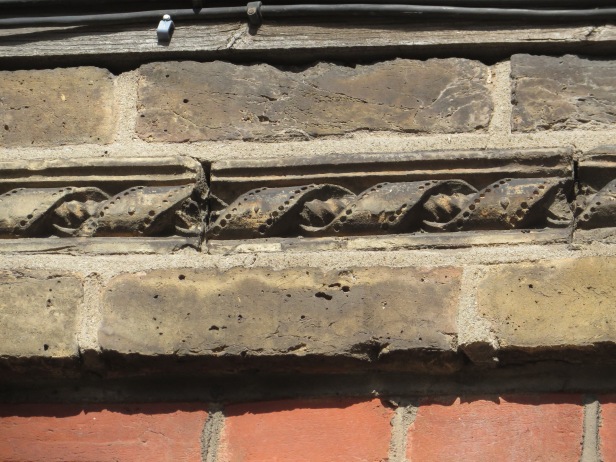