A Pictorial Stroll down Coldharbour Lane in the 19th Century

In this post I have put together a number of drawings, paintings and photos that represent scenes of Coldharbour Lane throughout the 19th Century. With some of the earlier dated drawings it is impossible to precisely pinpoint the location. With others you can take an informed guess. 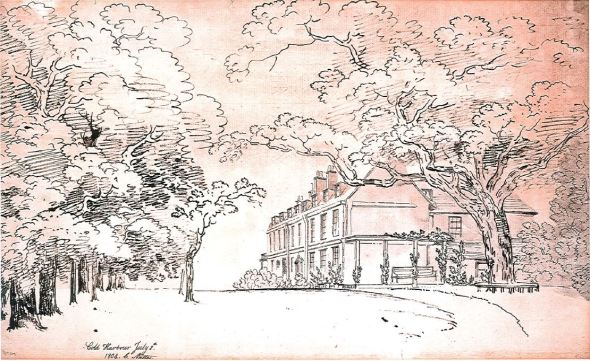 This drawing of Cold Harbour, a large late Georgian house built near to the original Coldharbour Farm, east of Loughborough Junction. Dated 8th July 1804 it is an ink drawing by John Claude Nattes and is part of the Lambeth Landmark History Collection held at Minet Road Library.

In the following extract from Kennington to Peckham, circa 1830 from the Southwark Council Map Collection you can see only two potential buildings big enough to be  the large house represented in the drawing. On the north side of Coldharbour Lane approx opposite where Harbour Road is now.

The next four drawings are of cottages in Coldharbour Lane . The 1st two are dated early 18th Century 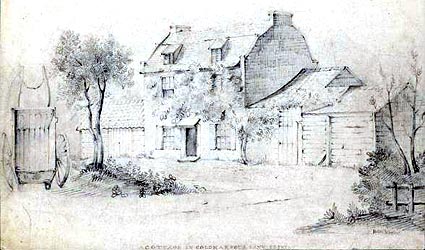 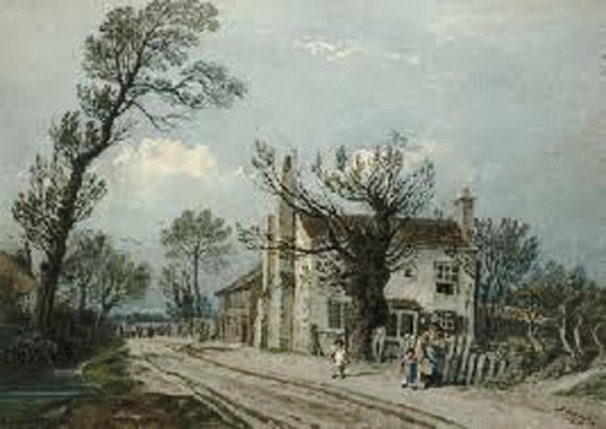 This pencil and watercolour is by John Varley dated 1817 and was sold at auction at Christie’s in 2007 for £6,000. It’s title is Coldharbour Lane, Brixton.

Called Coldharbour Lane and part of the Southwark Art Collection, it is dated early 18th Century and is by L Johnstone.

Next we have Tenpennies Farm for which we have two versions of both it seems copies of the original drawing. The first is held by Lambeth Landmark and is is called Tenpenny’s Farm in Coldharbour Lane, Brixton.  Described as a photograph of an earlier pencil drawing c. 1750, though the same picture on http://www.ideal-homes.org.uk says c. 1800.

The next is a Painting by Guy Miller c.1925 in the Southwark Art Collection and called Tenpennies Farm, Cold Harbour Lane. 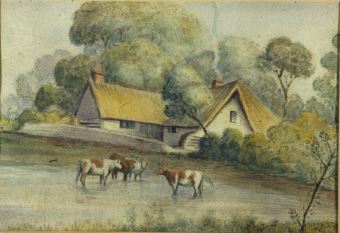 Tenpenny’s Great Osier Farm was probably located off Coldharbour Lane around the Loughborough Junction area … it is described as being “close by to Loughborough House in Olive M Walker’s Tour of Camberwell, published in 1954.

Next, a group of pictures from the 1830’s starting with one we have seen before on this blog: David Cox and Green Man Lane known now as Loughborough Road.

Still to be found at the Chris Bettles Gallery.

Cottages in Coldharbour Lane, 1830 by John Phillipp Emslie, part of the Southwark Art Collection. Not a particulary fine image as I had to collect it from a tiny snapshot image. 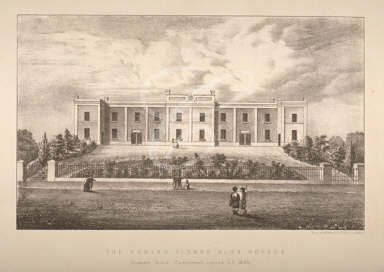 And from a print in The Church Under The Hill about the Denmark Place Baptist Church an image of the corner of Denmark Hill and Coldharbour Lane known as the Triangle for many years dated 1837. Credited as by courtesy of Mr PM Johnston. The original Baptist Church was 4th building along from the left. 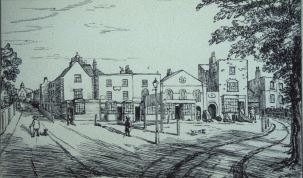 Interesting view of Denmark Hill as a narrow track.

Next from 1861 we have the Chapel for Converted Jews otherwise known as Loughborough Park Congregational Chapel. Situated on the corner of Coldharbour Lane and Herne Hill Road directly opposite the Loughborough Junction train station entrance. 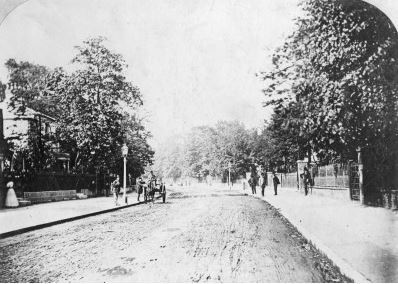 Next, very early photos from the 1880’s . 1st up, a view of the Sun & Doves now known as The Sun of Camberwell, as shown on the Historic England website. 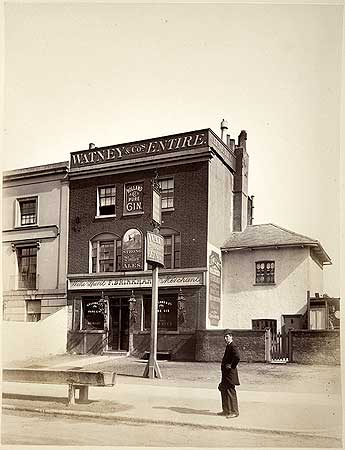 Two views of the Green Man at Loughborough Junction also from the Historic England website. 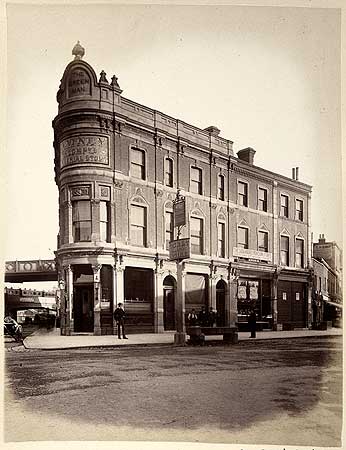 And five views of the Triangle – the junction of Coldharbour Lane and Denmark Hill, the first two showing the  original buildings before they were demolished to make way for the Metropole Theatre. The first, a view from 1889 and the second from 1890. 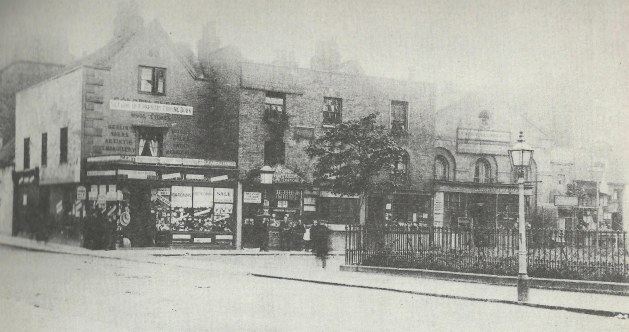 And a close-up of The Old Baptist Church of Dr Carr’s, photo from Southwark local history collection. Undated. 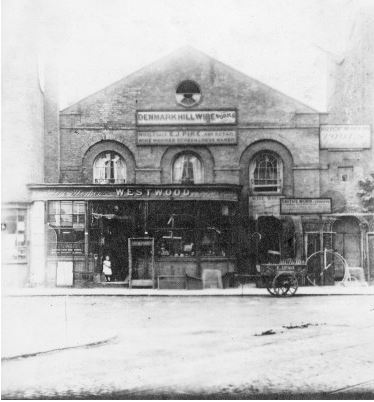 And then two views of the Metropole Theatre, first under construction in 1894. A photo image that was for sale on ebay and then from a postcard view of the completed theatre.

The Church Under The Hill by WY Fullerton, published by The Carey Press,1937