The Golden Lion was located  on the eastern side of Denmark Hill, next door to where the HSBC is now, on the corner of Orpheus Street. Thanks to Barry for pointing out my original location error.  November 2016 update. It appears the HSBC is now closed. 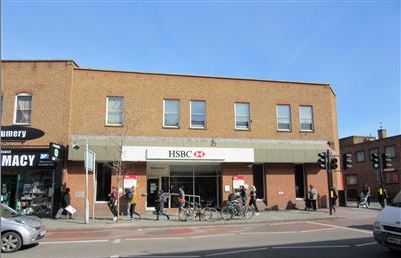 The first mention of the Golden Lion I have come across is Middleton Bailey’s 1808 Perambulation of the Parish of Lambeth. Held at the Lambeth History Archive, Minet Library. 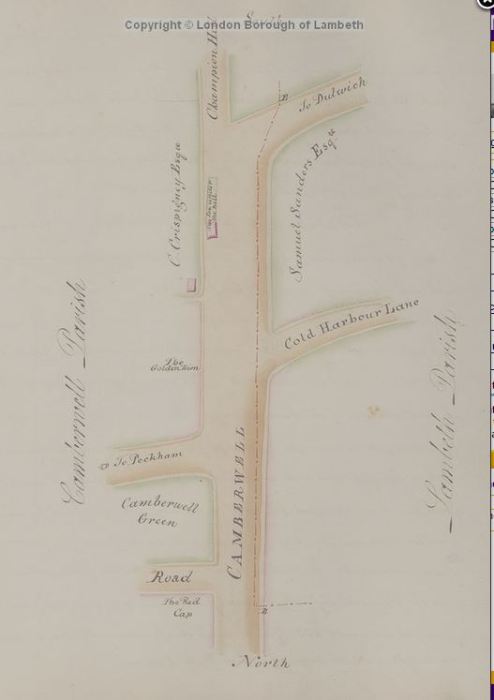 In 1819, the Golden Lion was used as a temporary court to try urgent cases arising from misbehaviour at Camberwell Fair according to the following report from the Morning Advertiser, 20 August 1819. 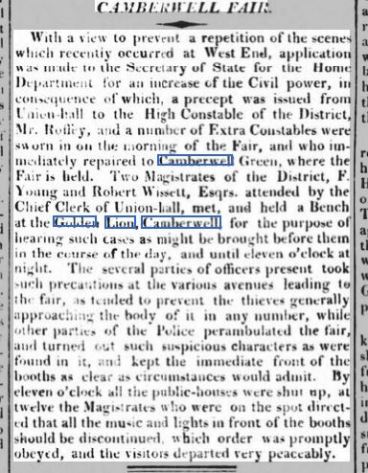 In 1838, the Golden Lion was used as a meeting house for the Camberwell Vestry, the then equivalent of the local council.

In 1861, William Neats is the landlord living with his wife Sarah, son William JSC, aged 21 and daughter Emily aged 12, Also listed in the 1861 census were Hannah Browning, 27, barmaid, Charlotte Davis, 25 the cook and Lucy Wrightson, 18 the housemaid.

In this extract from the Ordnance Survey map from 1892-96 the Golden Lion is located next to the Palace of Varieties. 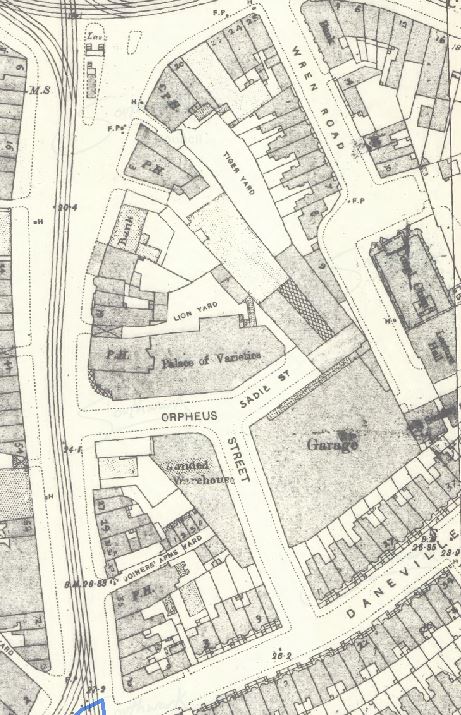 And this architects drawing circa 1896 shows the Golden Lion and the Oriental Palace of Varieties. 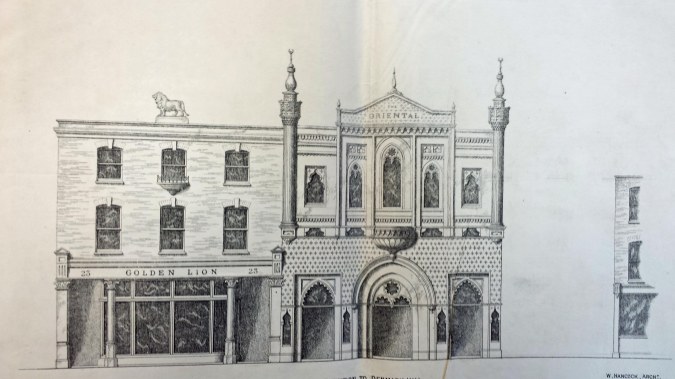 In 1896, Charles Mott is recorded in the Post Office Directory as Landlord followed by George Edward Sidebottom in 1901, again in 1905 and 1908.

The postcard is undated but probably around early 1900’s. 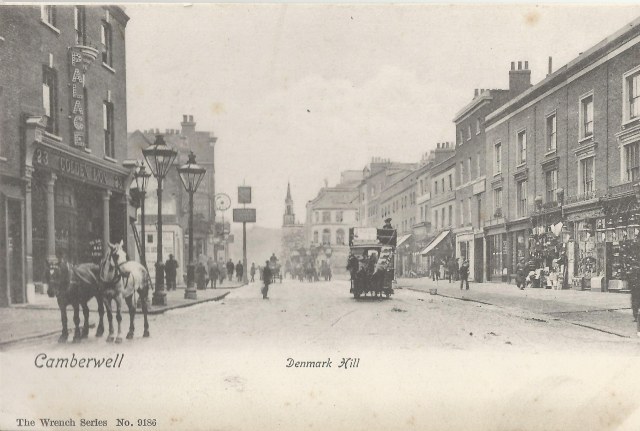 In the postcard below,the pub just shown behind the Theatre. Undated but similar to above, probably early 1900’s. 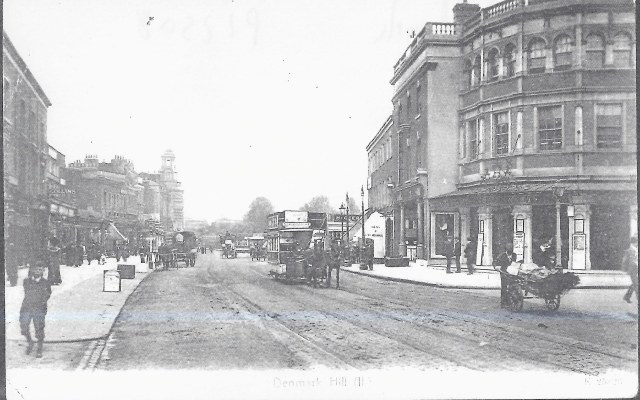 Francis Joseph Pepper was the landlord in 1911 through 1919. 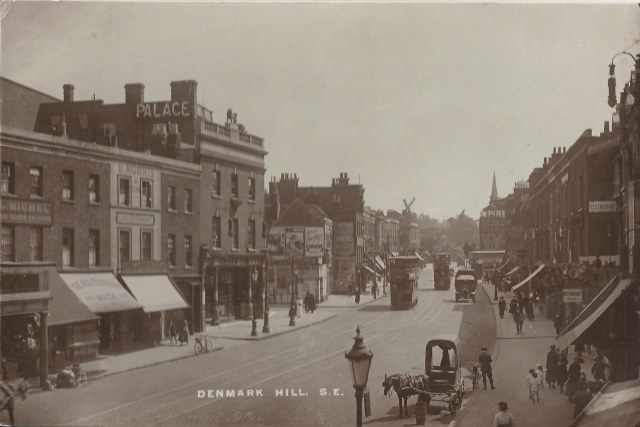 The above postcard published by W Greening.

In 1938 Frederick C Twining & Wm Chas Wentworth and again in 1944 are shown as joint Landlords.

The pub sign was photographed by a photo agency in the 1950’s. 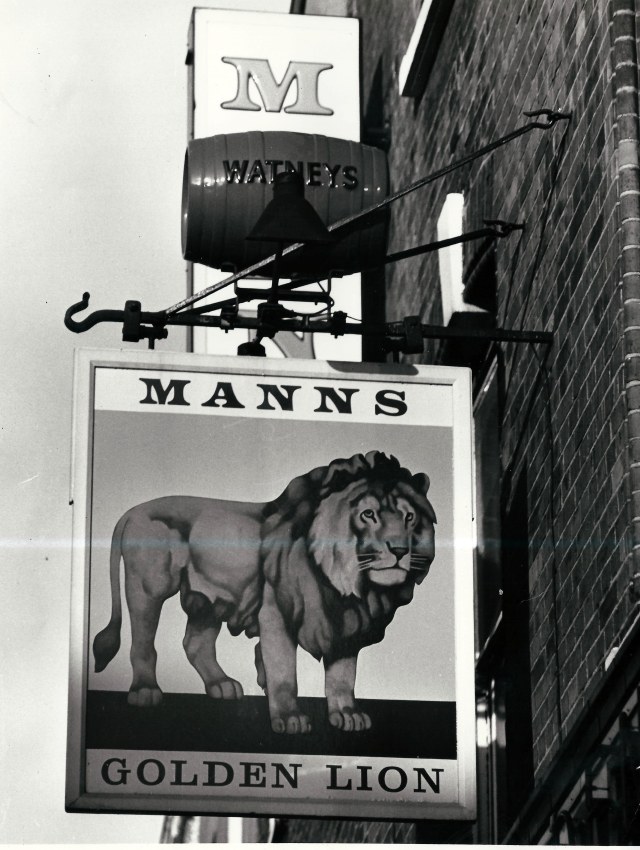 In the late 1950s the landlord was Frank Jewell and thanks to Tina Jewell, his niece we have this photo of Frank in the Golden Lion Yard with his rather spectactular AC Saloon. More information on AC Saloons can be found at this link      http://www.ac2litre.com/ 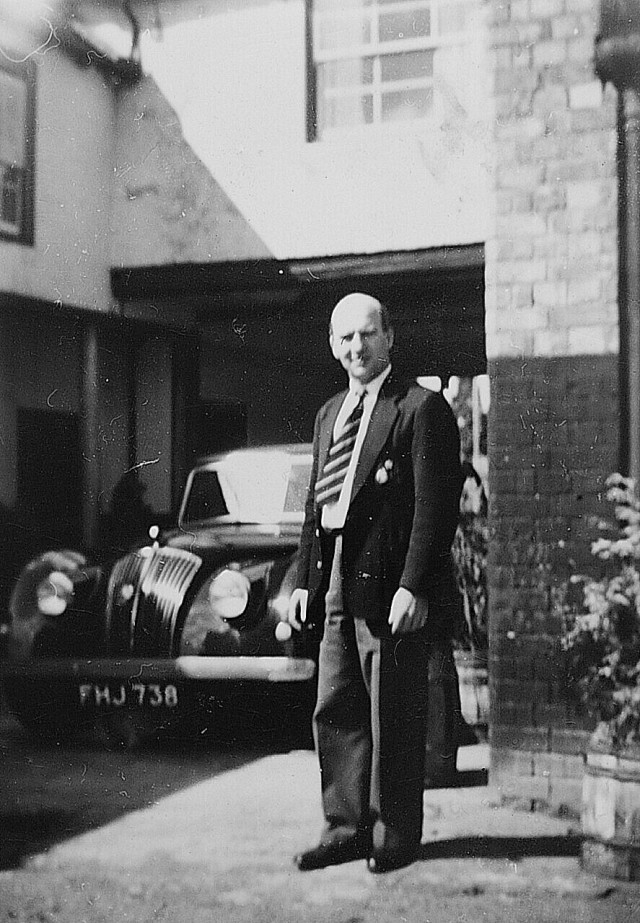 If you look carefully you will notice the statue of a lion of the roof of the Golden Lion in some of the photos. 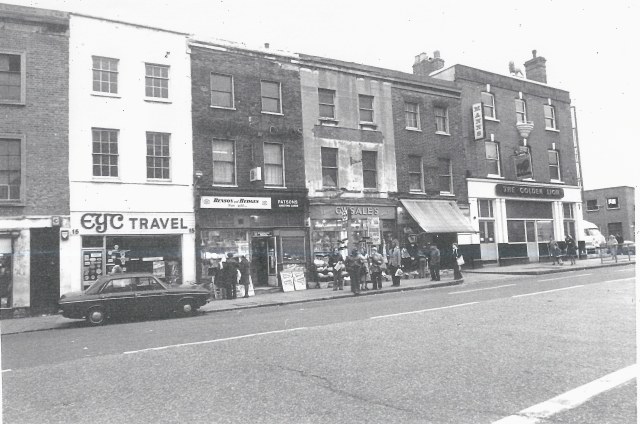 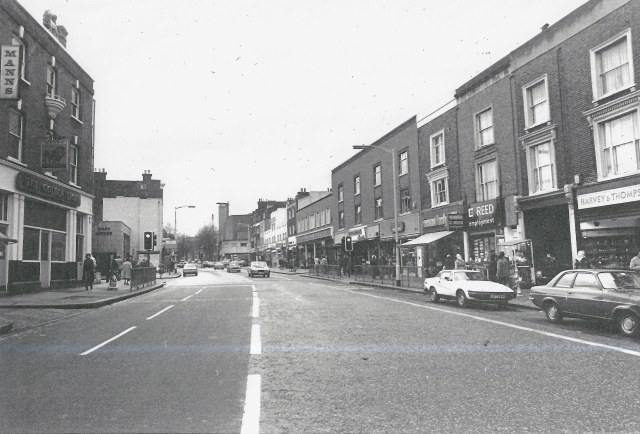 The next two photos show the whole east side of Denmark fenced off prior to demolition and with demolition underway. The whole section was demolished to make way for the Butterfly Walk development. 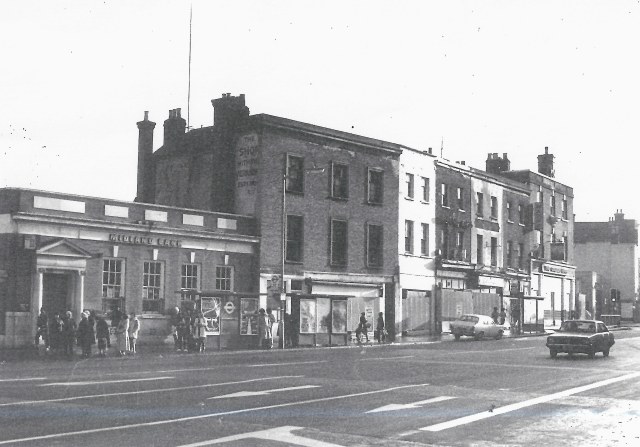 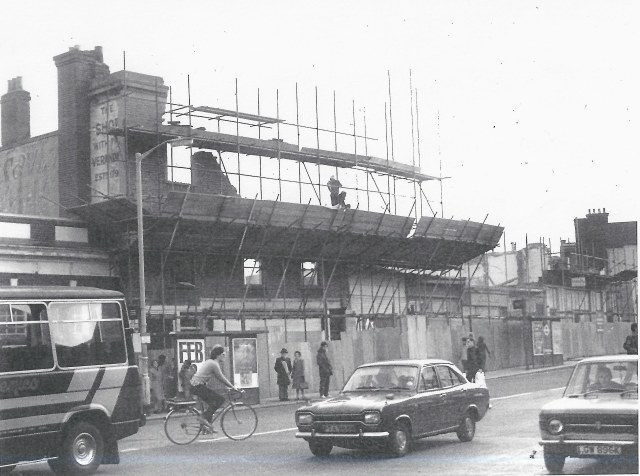 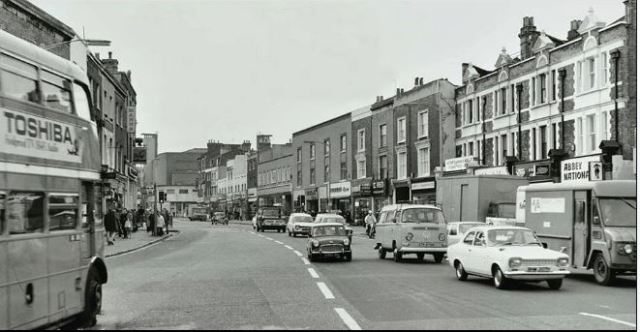