The Mystical Church of the Comforter … in Denmark Hill Railway Station

A disused waiting room in Denmark Hill Railway Station hosted the Mystical Church of the Comforter. It’s founder was Elizabeth Mary Ann Eagle Skinner nee Roberts. She was born August 30, 1875 in Bethnal Green. She married Arthur John Skinner, who was a teacher at Alleyn’s Dulwich.

She founded the Church in 1901 and it moved into the disused waiting room next to the ticket office at Denmark Hill around 1920. 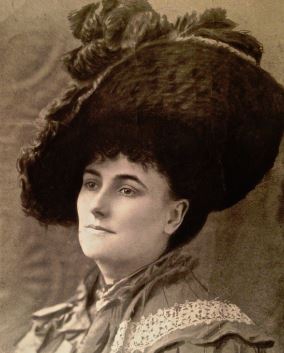 “One end of the room has been transformed by an altar, painted white and surrounded by the seven colours of the rainbow. Seven steps lead up to the altar, and at the side are two pillars representing beauty and strength. Everything is done by symbols, and the badge worn by the members is a dove, standing in a circle with a seven-leafed branch in its beak”  A description from the Lincolnshire Echo 21 August 1926.

“The leader and founder of the church is Mrs Elizabeth Mary Eagle Skinner. Her official title is “The Messenger” but most of the members call her mother. When conducting a service, Mrs Skinner wears white robes ornameneted with mystical signs. She is a Rosicrucian and the signs used refer to some of the inner orders of that society”

Mrs Skinner passed away on November 24, 1929 and this report from the Lancashire Evening Post, 27 November 1929 describes the scene.She was buried in Camberwell Old Cementary.

This photo extract shows Mrs Skinner lying in state in her temple. 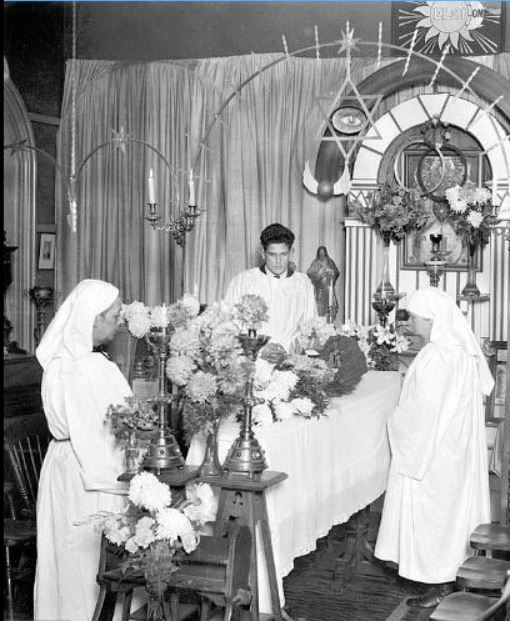 And this report from the Monmouthshire Beacon, 06 Dec 1929 tells of the crowds that attended.