Around the middle of 2014, an old shop sign was revealed behind the facade of the long abandoned Futon shop. It was the rather spectacular wooden sign for a David Greig store.

It was the home to David Greig Butchers, 232 Coldharbour Lane which opened some time in 1929 according to Kelly’s London Directory. In 1928 the shop was occupied by Lilley & Skinner, provisions merchants.

This new photo added in July 2019 reveals the DG logo on the tiling at 232 Coldharbour Lane.

The first David Greig shop in Loughborough Junction was located just along from 232 at 238 Coldharbour Lane and opened as a provisions merchant in 1892. 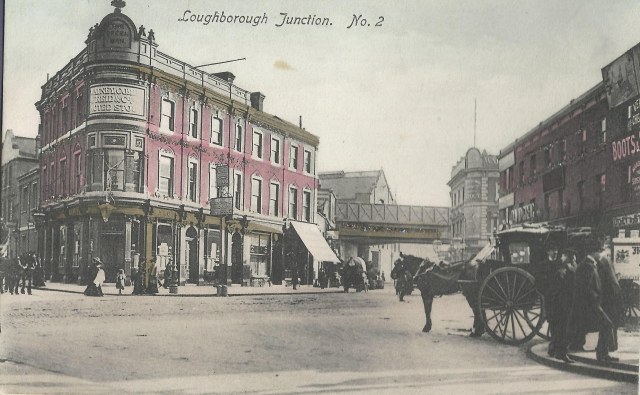 David Greig and his wife had opened their first shop at 54-58 Atlantic Road, Brixton in 1888 and had been very successful. Loughborough Junction followed and then a second shop in Atlantic Road. Mrs Greig attributed their success in a privately published autobiography to David Greig’s success at buying stock at the right prices. 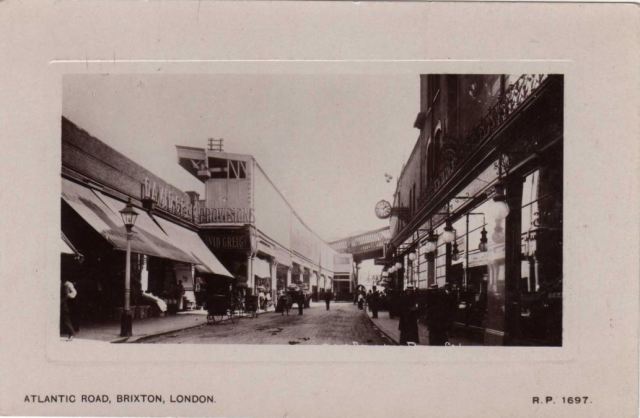 Here is another view also c 1906 from the Linksey Collection at Lambeth Archives.

And another photo c 1912 this time looking east across Loughborough Junction. The David Greig awning is prominent on the left. Postcard from the Johns Collection.

By 1944 David Greig at 238 Coldharbour Lane had expanded to include 236 Coldharbour Lane as well. As the following photo shows. Photo: RJ Harley . Taken from Camberwell, West Norwood Tramways by Robert J Hurley and published by Middleton Press. 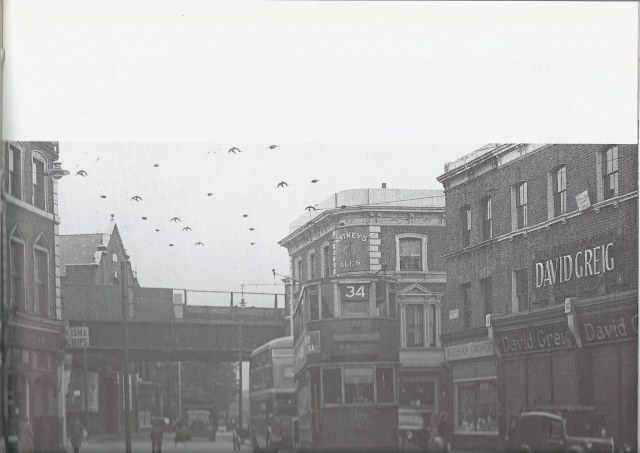 David Greig Butchers at 232 Coldharbour Lane closed in 1964 approx. David Greig grocers carried on till 1978 when it too was closed. The Greig family lost several men in quick succession and death duties were particulary severe. The company which at its peak operated more than 220 shops was sold to a succession of companies ending up in the hands of Gateway and were rebranded as Somerfield. Some of the larger stores were sold to ASDA.