The 545, a special little hopper

On 13 February 2010, British Gas had to do essential gas main repairs on Coldharbour Lane at the junction of Hinton Road. This blocked the road to the normal buses 35, 45 & 345. They couldn’t detour south up Hinton Road because of the very low lying railway bridge. The repairs were scheduled to run till the end of March. The buses were diverted via Herne Hill  which caused considerable inconvenience to Coldharbour Lane bus users.

After much public pressure including a petition signed by over 700 residents and with assistance from Val Shawcross, Labour member of the Greater London Assembly for Lambeth and Southwark pushed Transport for London into putting on a temporary little hopper which offered free journeys from Brixton to Camberwell whilst the repairs were taking place. 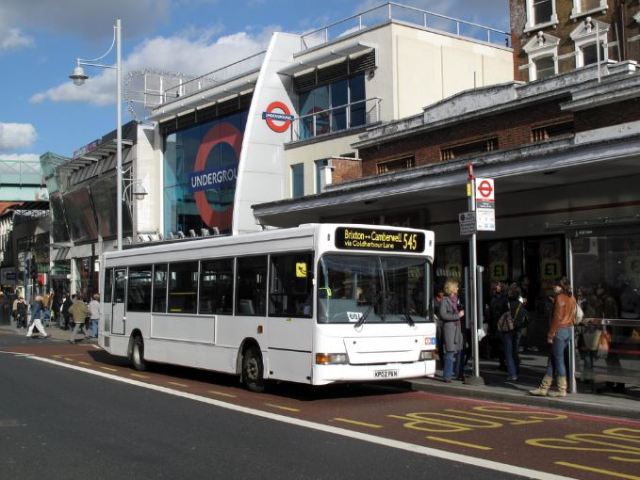