Denmark Hill shops in the 1950s, west side

I have often been asked over the last few years where certain shops were located on Denmark Hill, especially focusing on the 1950s.  I have included at the bottom of the post, photos where I have the appropriate ones.

Bedwell & Bate were tobacconists at no 12 until 1959 (succeeded by Tip Top Bakeries) and went all the way back to 1872, and before that Henry Augustus Bedwell ran the tobacconists at least back until 1843. 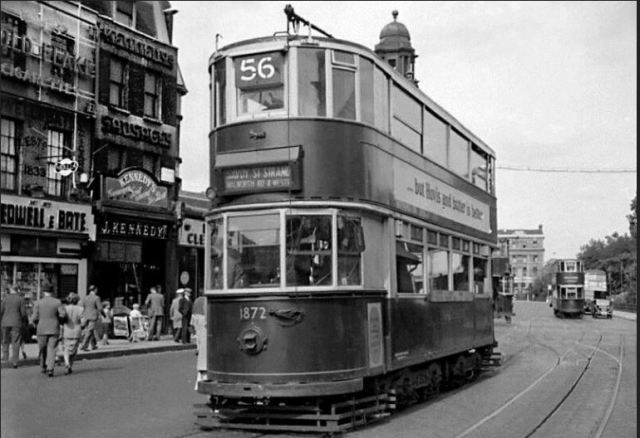 And another view below, dated from 9th June 1953, Queen Elizabeth 11 coronation drive, another view of Chappells, Marcantonios, Janus and the Essoldo Cinema.

This photo dated from 1964 features the Essoldo Cinema

And David Greig, also from the early 1960s, photo from a local newspaper. Poor quality photo.  Greigs were in Denmark Hill from 1912 and were open until 1975.

At no 40 Walter Harris ran his drapers from 1955 until 1977. Succeeded by Pollard , Wade & Son, also drapers. Before Walter Harris no 40 was Lawrence & Co, house furnishers.

At no 42 AC Taylor ran his corn merchant businesss from 1914 until 1963. Succeeded by Harvey & Thompson, I am not sure what they sold. Thanks to a message from Ken Cook (22 November 2022) , who told me Harvey & Thompson were Pawnbrokers.

No 44 was owned by a succession of the Rogers family who ran a stationers from 1906 until 1950 succeeded by Wyman and Sons, booksellers until 1967.

An advert from a Camberwell Borough Guide from 1948 features Wickes the funeral directors at no 54. 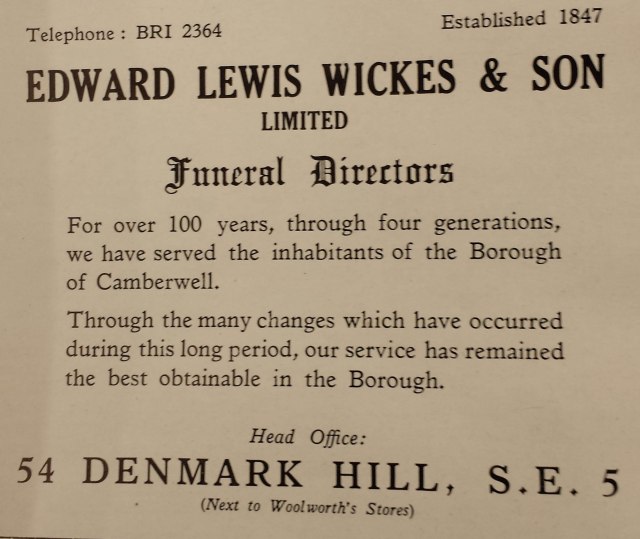 No 66 became the Skilbeck  Dry Cleaners, no 68 was the Humpty Dumpty Restaurant and then Golden Grill restaurant until 1980 and No 70 the National Westminster Bank, now known as Natwest and still there today. 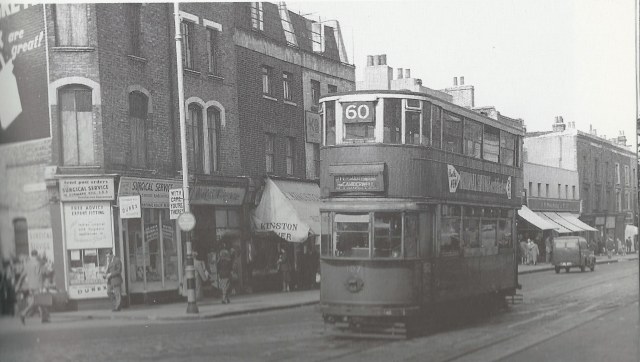 If anyone has photos from the 1950s to help me fill in the gaps, I would be happy to credit you for your help. My e-mail is in the About.